Dustin McNeer made his debut on America's Next Top Model back in 2015, and although he didn't win the contest, he sure has managed to make a name for himself in other ways. We'll get to the juicy stuff a bit later… for now let's just start with the facts.

Born and raised in North Carolina, McNeer decided to jump into the modeling industry immediately after graduating high school.  By the time he landed a spot on the finale season of Tyra Banks' [topless pics] hit show – known by fans as “ANTM” – the 20 year old was no stranger to being in front of the camera.  Before appearing on the show he'd already landed gigs with big time brands such as Calvin Klein and Hollister. 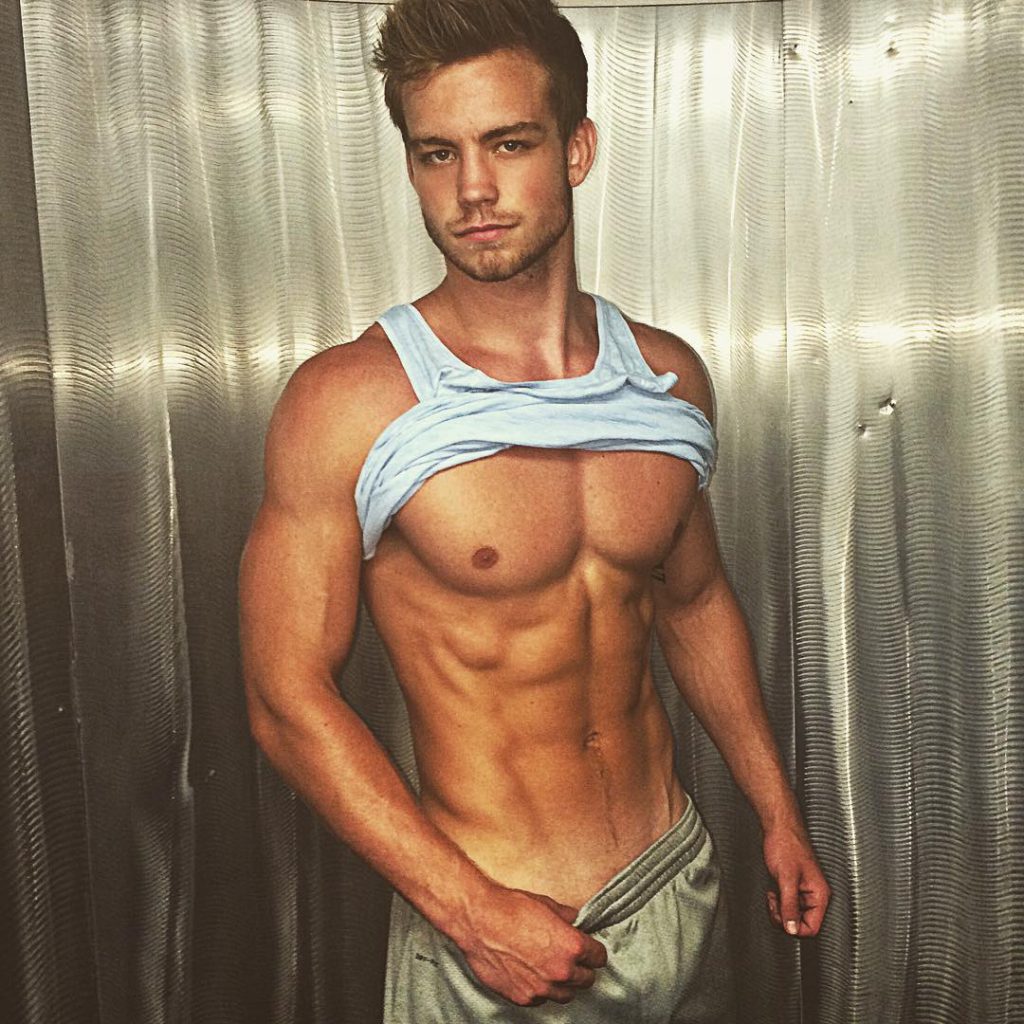 Regardless of his previous modeling experience (and that to DIE for body) Dustin ended up getting the boot on the season's 10th episode. But that was certainly not the last time we'd be seeing dreamy eyed McNeer.  In fact, we were about to see a whole lot more of him.

Back in December, the tatted up model starred in a new series of sexy photos – this time with his dick out for the world to see. While he may just be a “helpless” victim in yet another celebrity photo scandal, our assumption is that McNeer was all in favor of his penis pics hitting the web. Clearly the dude isn't big on wearing clothes…

Not long after the alleged photos were released, McNeer stripped down for the camera once again, but this this time it was for steamy hot shower video! What's next, Dustin, a sex tape? We sure hope so!